Impossible Aerospace, a Silicon Valley manufacturer of advanced unmanned aircraft, today announced a product called Air Support that it says will forever transform the world’s cities and the way they respond to emergencies.

Impossible Air Support, the company said, is a turn-key program that lets cities dispatch drones directly to the scene of their 911 calls to improve emergency response times. Mounted on top of tall city buildings, the drones are controlled by police officers and firefighters from secure command stations within their departments. Once deployed, they can provide a live video feed of an evolving situation to responders on the ground, intervene in a situation with sirens or lights, or even deliver crucial supplies like life jackets or AEDs.

The company says Air Support transforms the way cities respond to several emergencies. In addition to providing an eye in the sky during active crimes, Air Support can autonomously search for missing people both at day and at night. The US-1 aircraft powering the system are equipped with powerful thermal cameras, the company says, which can see through smoke and help coordinate the response to massive structural fires.

While the company expects its drone technology to be controversial, founder Spencer Gore defended the idea of equipping cities with drone technology. “Each minute shaved off 911 response times is estimated to save 10,000 lives per year,” he said, “and the average response time today is almost 10 minutes. The right drone can respond in one minute.”

The company says it is now in “Phase One” of its Air Support deployment, with several police and fire departments across the state of California now flying its US-1 aircraft. Phase two, it says, will involve a series of hardware and software updates that enable cities to perform more advanced missions using their aircraft.

“The idea of chasing criminals using drones might sound and look a bit like Blade Runner, but it will undeniably save lives,” said Gore. “On average, one person is killed every day in vehicle pursuits — often, innocent bystanders.”

Air Support drones will be equipped with sirens, spotlights and loudspeakers, the company said, so that first responders may use them to provide instructions from the air to emergency victims or suspects.

While it may be disorienting at first, the company said, the sight of drones in the sky should offer residents a feeling of security.

“Any parent who wakes up to the gut-wrenching discovery that their child is missing should know that every possible technology is being deployed to bring him or her back safely. With Air Support, that now includes a fleet of aircraft that can be deployed in seconds,” said Gore.

The company says Air Support lets cities subscribe to a turn-key aviation program for a fraction of the cost of a helicopter program. It includes the US-1 aircraft, training, compliance paperwork, maintenance, and constant hardware and software upgrades.

Thousands of public agencies around the United States have adopted drones to help responders during critical situations, but virtually none are responding to 911 calls directly with them. A notable exception is the Chula Vista Police Department, which trialed the approach as part of the FAA’s Integration Pilot Program. However, in 2019, a key software vendor dropped support for their DJI Matrice drones due to ongoing cybersecurity concerns around Chinese-made aircraft within American law enforcement agencies.

Impossible Aerospace says it takes pride in being an American drone manufacturer. “We design and assemble our aircraft all in one factory in the United States,” said Gore. 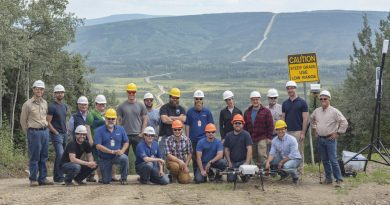 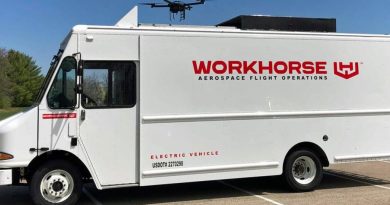 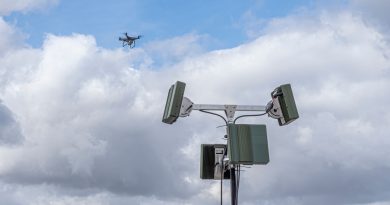